Christian fun, fellowship, and witness. All players are required to exhibit their best Christian sportsmanship. Games will begin and end with a group prayer at home plate.

For strikes, a carpet, described in the diagram below, fitting the back of the plate will be used. 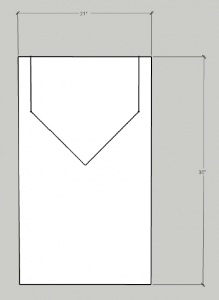 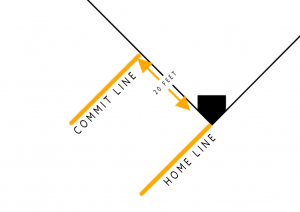 Base and Courtesy Runners

All playoff rules are the same as the regular season rules unless stated below.

Coaches will be provided the combinations for the locks at the fields.

West Highland has bases in the shed at the field. Both coaches are responsible for returning bases to the storage box, putting in the plugs and dragging the field after the game. A mower should be in the shed to drag the field; if it is not, then the drag can be pulled with a car or truck with a hitch.

Northridge bases are kept in a storage box behind home plate. Both coaches are responsible for returning bases to the storage box, putting in the plugs and dragging the field after the game.

Shepherd of the Lakes – Both coaches will be responsible for replacing the base plugs, raking around home plate, and dragging the field following the game.